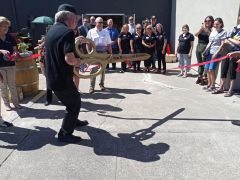 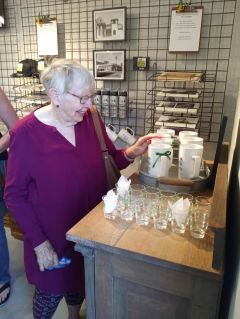 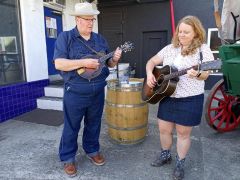 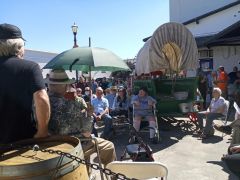 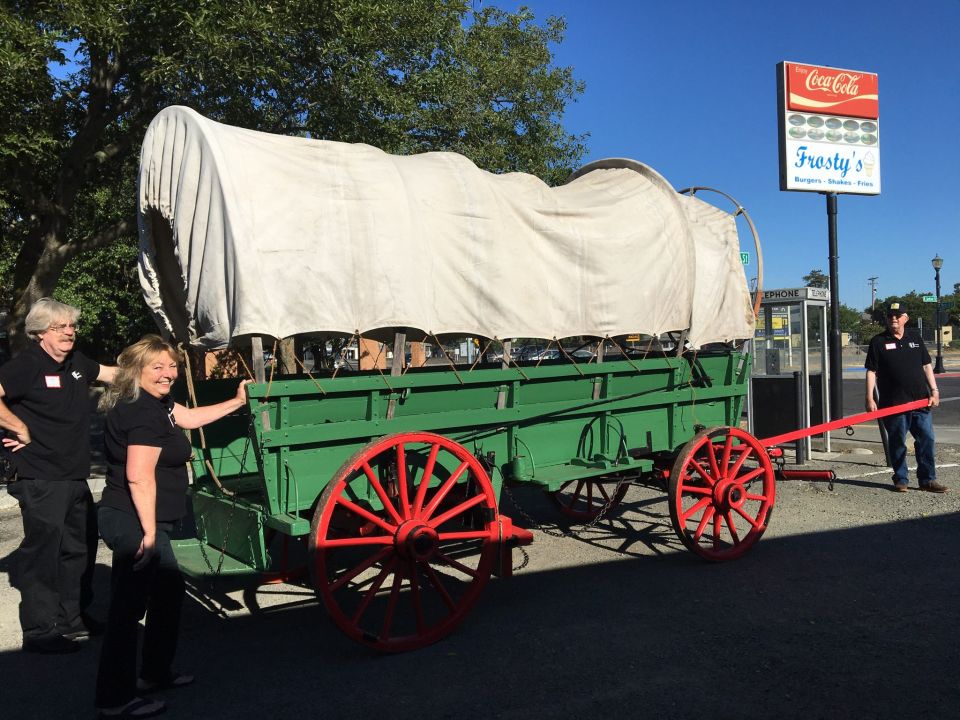 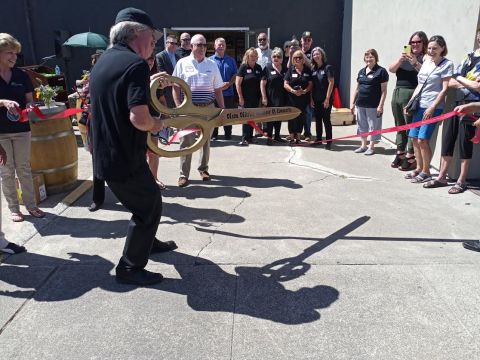 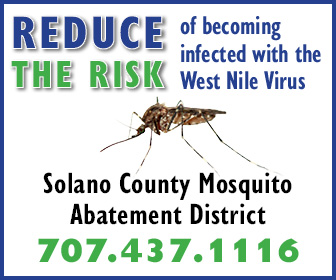 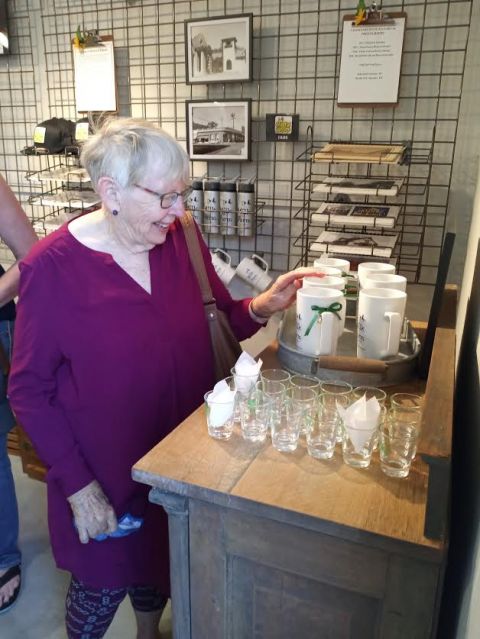 Downtown Museum in the Making since the 1960s

DIXON, CA (MPG) - Nearly 100 people came out for the grand opening of the Dixon History Museum and were welcomed by a very proud and happy group of people in black polo shirts; volunteers who have nearly abandoned spouses, families and television for the past four months united in the effort to bring Dixon a view of its rich history.

But, the last four months were just a small part of many years working toward this goal.

It started in the 1960s with the librarian wanting to create an archive and there were volunteers who helped out here and there but about four years later, a group was formed with a goal of creating a museum. They knew museums enrich small communities and help educate through exhibits, programs, and archives. They knew museums, like libraries, provide free and low-cost experiences for children and adults.

“We thank the many visionaries who once believed this day would come--who were the driving force behind the creation of Dixon’s History Museum,” read the program message from Museum Director Gary Erwin.

“When I first started learning about the history of Dixon, I joined the Historical Society and became fundraising chair,” said Mary Savage, one of those people. “We did pretty good. We had a book sale, a big rummage sale, other garage sales, and an open house tour.”

“We had buildings in mind a couple times, including the train depot, and asked the City for [financial help] but the city had never been supportive of these kinds of things,” she said.

Bill Schroeder, President since 2014 and 5th generation of the Dixon/Silveyville area, even had his eye on the historical Pacific Ice Coast building they have now rented but it was being used by a successful Barn and Pantry Coffee Shop at the time. It was serendipity that the building became available when a benefactor provided a substantial financial gift.

The band of volunteers comprised long-time Dixonites, retired professionals, and a highly-skilled university intern laid out a business plan and signed the lease. As word spread that the years of dedicated work were coming to fruition, the enthusiasm also spread.

At their opening ceremony, not only was there a commendation by Congressman John Garamendi’s office, there were also Dixon’s Mayor and Councilmen taking pictures in front of the open doors and the large gold scissors from the Dixon Chamber of Commerce were held by Erwin to cut the long, red welcome ribbon.

There was simple bluegrass music provided by a couple called the Pleasant Valley Boys and a huge, covered wagon brought in that was similar to the ones pulled by oxen--not horses like in the movies--that crossed over the California Sierras into Sacramento, explained Schroeder.

“It cost $65 for two oxen and you sold them in California for $200 after you got here,” he said. “Mules were faster but Oxen would pull a wagon without wheels.”

Bill Fairfield, 95, a long-time Dixon Fire Chief and member of the Phirehouse Philharmonics addressed the audience in a crisp shirt, hat and sunglasses on the bright sunny morning under the shade of a First Northern Bank umbrella He told of the fires that devastated downtown and some of his favorite memories including working at the Ice House when he was in high school. He said he thought that was the best job to avoid the summer heat but soon learned differently when he had to load ice into box cars.

Inside the museum was a plethora of artifacts like an old spinning wheel, quilt, and sewing tools, a kitchen display with antique dishes and tools, a sailor’s uniform with military pictures, a school display with desks, books, and toys from the past--so much to peruse and study.

“I love this stuff and I love this town,” enthused Derek Roediger, 40, who attended with his Dad, an artist whose work was on display there. “I have so many great memories of growing up here. It was like a living movie set where you and your friends all rode your bikes down to Frosty’s and the universe was stored inside Robben’s [Department Store.]”

Loran Hoffmann, 1st Vice President, assured the audience that there would always be something new to see so plan on returning frequently she said. They also plan to bring in speakers and will offer special events.

The new museum is located at 125 West A Street in between Bud’s Pub & Grill and Frosty’s. It is open 10 am to 3 pm Tuesdays through Saturdays. Admission is free, but donations and memberships of $25 are encouraged. For more information, see their website at DixonHistoricalSociety.org.